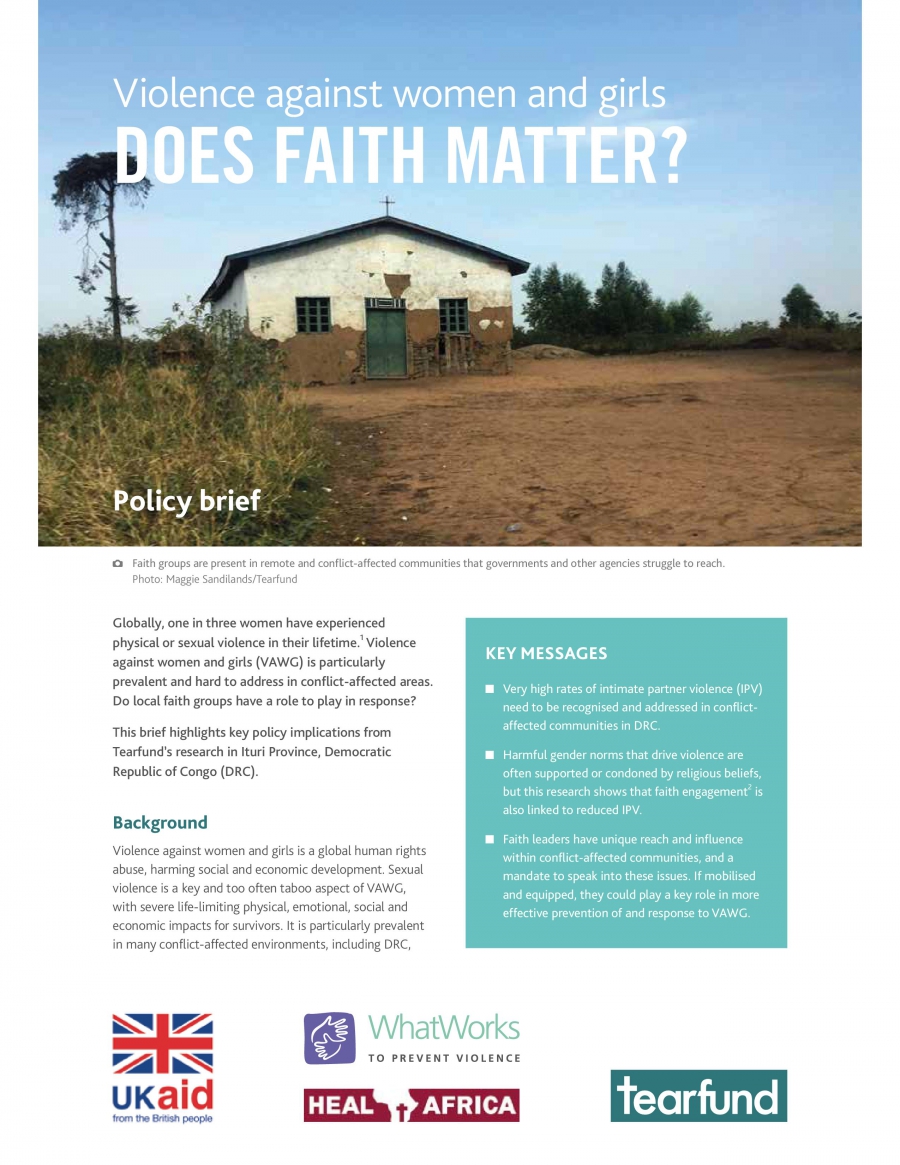 Violence Against Women and Girls- Does Faith Matter?

Sexual violence is prevalent in many conflict-affected environments, including the Democratic Republic of Congo, where it is reported that 1.8 million women have been raped in their lifetime. According to the Special Representative of the UN Secretary-General on Sexual Violence in Conflict, conflict-related sexual violence is one of the most critical challenges faced by the people and government of the DRC.

Under the £25 million What Works to Prevent Violence Against Women and Girls programme, Tearfund was funded by the UK Government to implement a project – ‘Engaging with Faith Groups to Prevent Violence Against Women and Girls in Conflict-affected Communities’. This policy paper, drawing on research conducted by Tearfund, reveals that faith leaders indeed have unique reach and influence within conflict-affected communities and a mandate to speak into these issues. If mobilised and equipped, they could play a key role in more effective prevention of and response to VAWG.

Tagged under
back to top